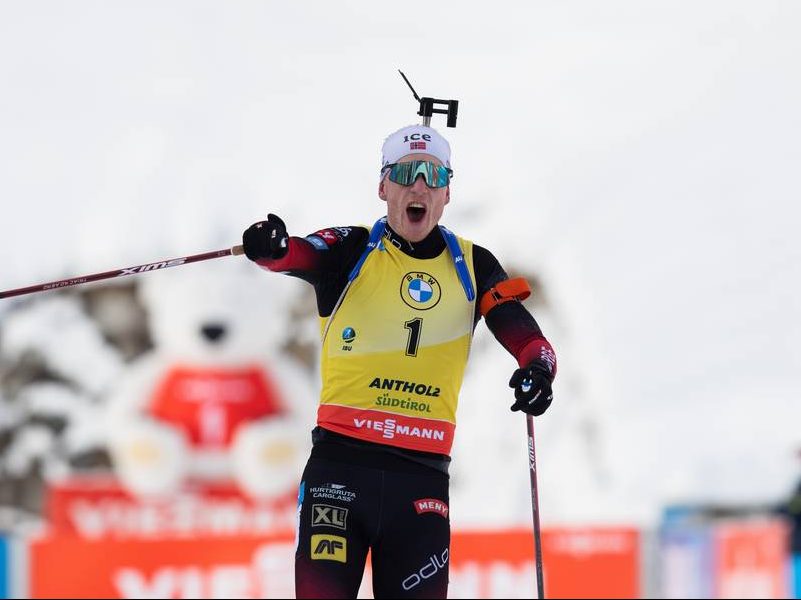 World Cup preview: who is the favourite for the big crystal globe?

In Biathlon, it is often very hard to predict outcomes of single races, as seemingly 30 athletes are able to be on the podium in each and every one of them. It gets a bit easier, when talking about a whole season, but there are still a bunch of favorites to lead the overall world cup at the end of the season. Let’s take a closer look at some of the best biathletes in the world and their fight during this World Cup 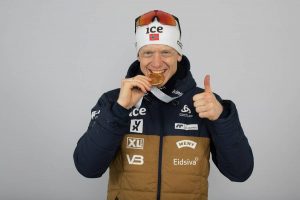 Impressive in Sjusjoen, just like Beijing. He was able to fueled by a long rest and recharge after Olympic Games and a shadow during the World Cup. It is four Olympic Gold medals and one Bronze for good measure, handling the elements and pressure, showing true grit in the victories. After a second season of 84% shooting, the rifle business was his focus this summer, “It is all I have been thinking about… My biggest wish is to be a better shooter.” JT remains confident about his track power; if the shooting goes up significantly, there will be a “battle royale” between him and everyone else. Ending the season in the Yellow Bib for the fourth time remains the almost 30-year-old’s focus.

“That is the goal; it is the main goal. In our sport, I have always looked at it as the ultimate prize. You are the best over the whole year.” 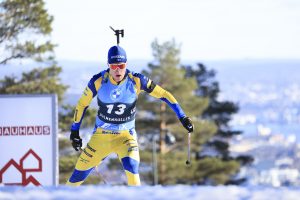 “Sebbe” as they like to call him, is still only 25 years old, despite having achieved success during the last several season. Being known as one of the hardest and most determined workers in the whole biathlon circus, he is still looking for improvement. His coach Johannes Lukas once again credited him for looking for ways to get better in the off-season, which seemed to have paid off, considering his two golds and two silver at the SuWch in Summer.

After improving from 28th to 6th to 3rd in the total score the last three seasons the only logical next step is being on top of the rankings. The key to that is probably staying consistent over the whole season. Having very tough competitors in JT Boe, Quentin Fillon Maillet or Sturla Holm Laegreid, does not allow him to have any weak weekends like he tended to have in the last seasons.

While Samuelsson likely will improve his form on the skis he needs to have a better shooting season, especially in the standing position, where 80% last year just was not good enough.

Traditionally, the Swedish team always starts strong in every World Cup season, but if Sebbe wants to win the overall world cup, he will need to conserve his form over the entire season. Last year he slowed down in the second part, which is the reason why he also did not win a medal at the Olympics.

Being the ultimate competitor he is and adding that to his mental toughness, you can be certain Samuelsson will be in the mix for the total score title next season. 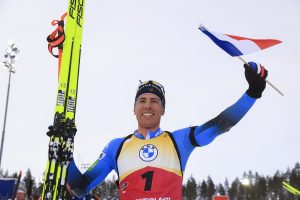 QFM –  the best biathlete in the world last season, will certainly be looking to replicate his success this year. JT Boe will be back and at his best this year again, and is likely to challenge the 2021/22 total score winner more than anyone else. The score this season starts at zero again, so last year’s success will not help Fillon-Maillet for this year’s fight. He cannot allow his performance to drop even one bit, given the improvements of his competitors.

His Summer seems to have been without any kinds of problems, with him winning Martin Fourcade’s Nordic Festival and showing strong form. This sets him up for preserving his form for the upcoming season.

Shooting an impeccable 89% on the range last year, he finished in the top ten in virtually every race last year, a consistency which left him unrivaled at the top. This percentage is almost impossible to improve, but having JT Boe back will require him to add one more scoop to his speed on the track, even though he also was top five in that department a season ago.

8 wins combined with 5 Olympic medals. After this historic season, we are eager to know what he can produce this year.

Summing this up, there is absolutely no reason why QFM should not finish at least in the top three of the total score, but winning is never easy and his competitors will try their best to keep him out of the top spot. 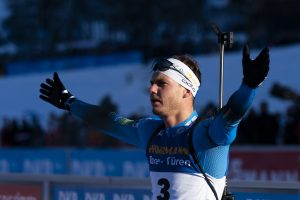 One of the most iconic athlete of the circuit. Emilien, as we agree with Vincent Vittoz, has the tools to conquer the Yellow Bib, but lacks shooting range consistency, ending last season at 82%, 3 points below the two previous seasons. When he is on fire, Jacquelin can smash both on the shooting range and in the track speed. If the hand suffered for the wrist surgery last year, this could be his year. 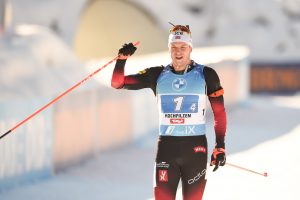 With the memory on the olympic men relay, Christiansen is one of the most consistent athlete of the circuit. His shooting stepped up, bumping to 88% for the season. In the last trimester, Christiansen fired 120 shots, missing just six times. A full season at that level with his track speed and the sky is the limit. In a team with J. Boe, T.Boe and Laegreid, will them be the main contender for the crystal globe? 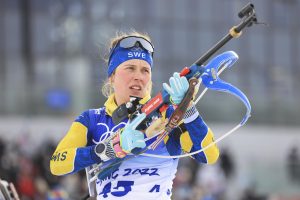 Elvira Öberg is one of the most exciting prospects women’s biathlon has seen over the last several years. At only 23 years of age, she has had her breakthrough in the world cup in the last season. She won four world cup races and has added another couple of podiums. The young Swede showed incredible speed on the track, posting multiple best skiing times and rivaling Justine Braisaz-Bouchet and Denise Herrmann for the quickest athletes over the course of the whole season.

As the winner of the blue bib (best athlete under 25) always has, she still has some room for improvement, which seems scary for all her competitors. Especially on the range, where sometimes it seemed like she rushed the last couple of shots, she can still gain some more stability. Shooting an unusual 6% better in the standing position than prone (87% vs. 81% last year) suggests that there is plenty of room for improvement for her.

According to her coach Johannes Lukas her toughest challenge is going to be to stay fit and healthy for the entirety of the season even after the highlight, which will be the World Championships next year. She also never shows any signs of shying away from the bright lights, winning an olympic title and two silver medals at her first Olympic Games in Beijing.

Another positive sign is Elvira showing great capabilities across multiple disciplines as she finished second in three different classifications for small crystal globes (Sprint, Pursuit and Mass Start). Maybe this one year of extra time to grow has been enough for her to get over the hump and collect a couple of crystal globes and maybe even the big one. She certainly is one of the hottest prospects for this achievement. 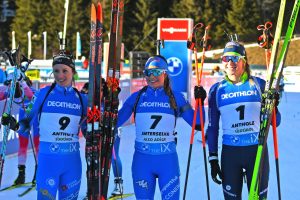 Last year – in her second year back after pregnancy – Anais Chevalier-Bouchet finished fifth in the overall score. Fast speed on the track and consistent performance on the shooting range allowed her to improve by four spots compared to her 9th position in total score in the 2020/21 season. If she can climb up four spots again this year, she would reach her goal of winning the overall title. Chevalier-Bouchet did not record a win last season, but she did have three podiums and a lot of additional top-ten finishes.

This implies that she has been very consistent throughout the season. In a recent interview she suggested that after her pregnancy she got to know her body better and was able to have more energy for races. If this allows her to take another jump this season while maintaining her solid shooting performance, she will definitely add to her sole individual world cup race victory which came in December 2016 in Nove Mesto, and surpass her three podiums of last season pretty quickly…

At the OlympicGames, the French star has also shown that she does not shy away from pressure. In the most important setting for a biathlete, she managed to perform at her best level, achieving two silver medals – one in the individual and one in the mixed relay. The ability to cope with pressure might also come in handy, once she has solidified herself as one of the top guns next season, with a good chance of finishing in the top three, and who knows, maybe even at the very top… 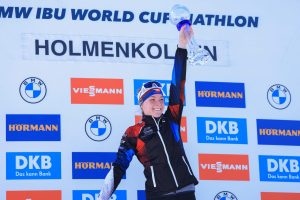 Marketa Davidova finished 10th in the WCTS, securing the World Cup Individual Score crystal globe. The 25-year-old Czech star, known for her ski speed bumped her shooting up to 83% and after an array of successful summer events, all signs point to a big season…With the disappointing Olympic Games in Beijing, she will be for sure one of the star to watch during this winter. 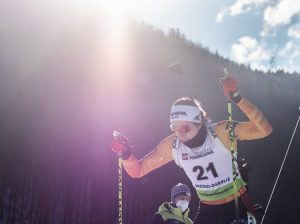 If we had to bet one euro: last season she gained the first career podium, a clean-shooting second place, found her just 11 seconds behind Simon at Otepaeae. That is just half of the story and her upside, because she hit every shot in her three competitions there; throw in the previous week’s Kontiolahti sprint/pursuit: 70 shots fired…only two misses! The 2021 IBU Cup Total Score winner ended her first full World Cup season with a 90% success rate on the range. Stats like that plus a solid summer of training point to a winter filled with more podiums and possibly WC victory #1. 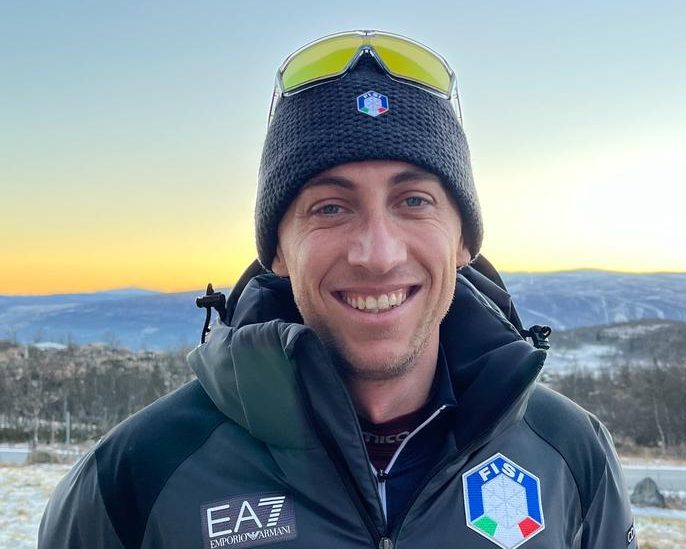 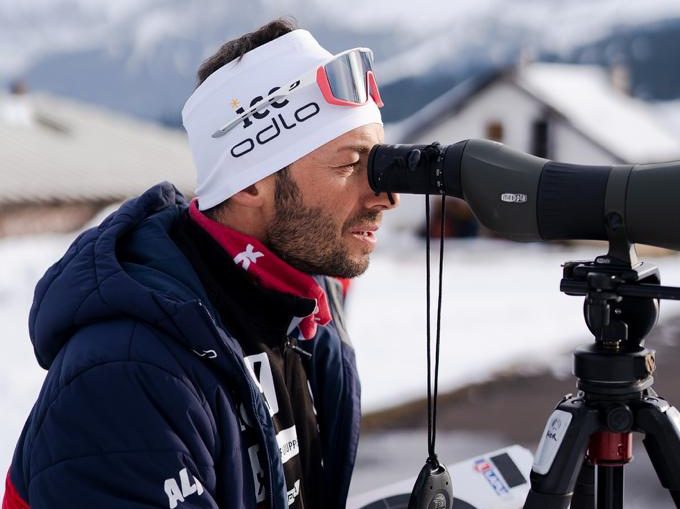